My first series is a take on traditional fantasy and tells the tale of the young forest guardian Ahren against an age-old. To be succesfull, the young man must find and unite the unaging Paladins, who roam the lands since ages past. Battle-worn and disillusioned they are consticted in their own ambitions as warlords, pirates or even leaders of whole nations. 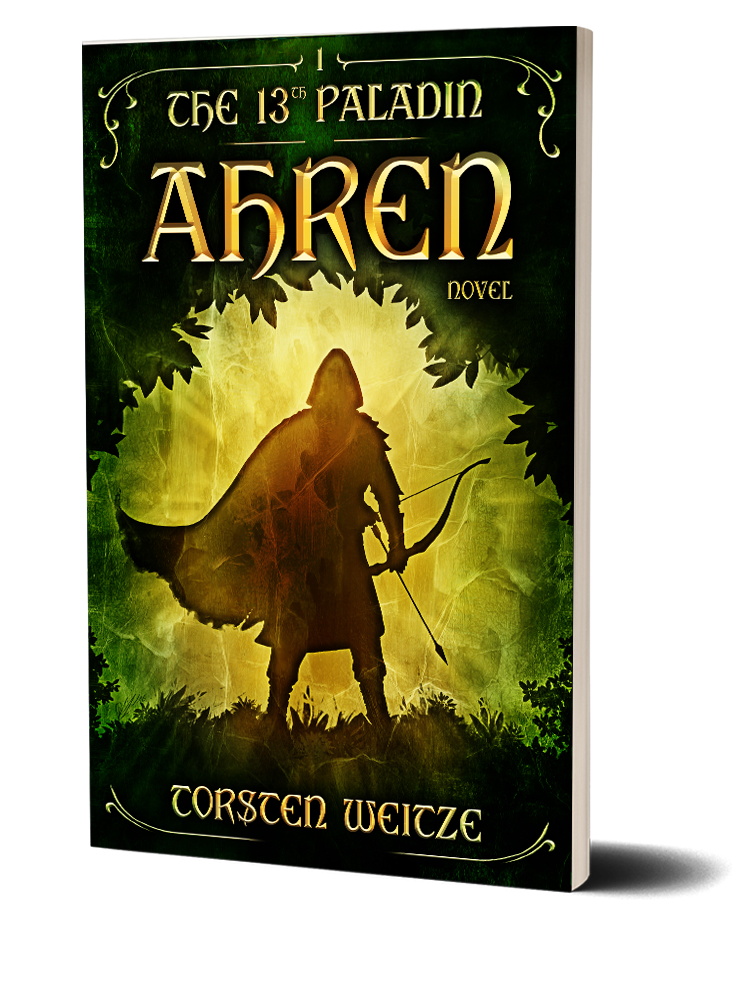 
Ahren can hardly believe his luck. His normal life consists of being beaten up by his drunkard father or bullied by the village lads. But at the annual suitability tests for apprenticeships, the young boy finds himself selected by Falk, the guardian of the forest, to be his apprentice and his world is turned upside down.

From his new master he learns the skills of archery and how to fight the Dark Ones. And then, on the day of the Spring Ceremony there is another unexpected turn of events. He touches the Stone of the Gods and it illuminates for the first time ever. It isn’t long before a cantankerous wizard turns up and urges Falk and Ahren into action. There is no time to waste, for something evil is awakening.

The unlikely trio begin their dangerous journey to Evergreen, the elfish kingdom to get the elves’ help. But time is running out. HE, WHO FORCES has his eyes trained on Ahren and nothing will stop him from destroying the young man.

Let yourself be swept into the fantastic world of Jorath by diving into AHREN, THE THIRTEENTH PALADIN (volume 1). For all fans of J.R.R. Tolkien’s THE LORD OF THE RINGS and David Edding’s BELGARIAD.


The bestselling epic fantasy series from Germany continues.
Two Einhans have been found but the third is still at large. Ahren and his companions have to traverse a kingdom plagued by unrest, sail along the treacherous east coast of Jorath and reach the dwarf enclave of Silver Cliff. Falk, Ahren's master hopes to find in its depths the third Einhan, a dwarf friend from his mercenary days, and to win him over for the Ritual of Naming that awaits his apprentice. To gain the dwarf's assistance, they must help him in his solitary watch, that tradition of the little people which allows a dwarf to attain his own individual name.
But time is of the essence. Ahren's Appointment as the 13th Paladin - assisted by the three Einhans - must occur by the winter solstice. If not, HE, WHO FORCES will awaken before his time and plunge the unprepared peoples of Jorath into the depths of darkness.
Experience the adventures of the young apprentice forest guardian in this second volume of the series. The first part, Ahren, has already enchanted thousands of readers with its tales of magic and excitement, good and evil. 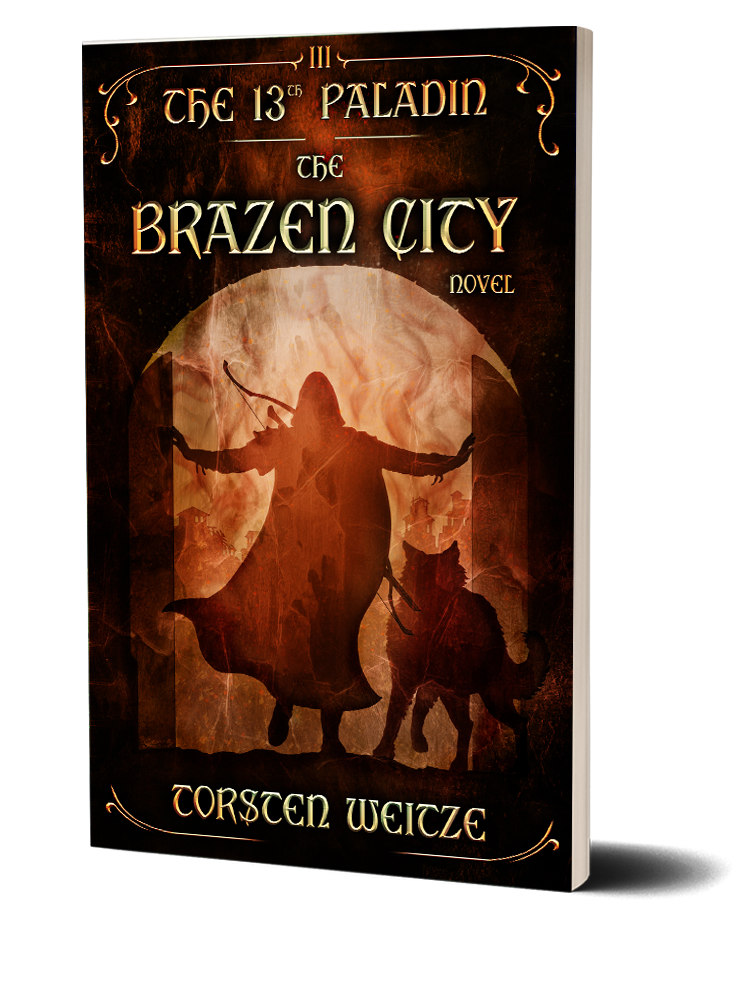 
Hardly have Ahren and his fellow adventurers returned to Deepstone following his Naming as Thirteenth Paladin when troubling news forces them into action again. They learn through the Ancients that one of their kind, the Paladin Bergen Olgitram, along with his band of mercenaries, the Blue Cohorts, are being besieged within the Brazen City by the headstrong Sun Emperor. Not only do Ahren and his companions need to get to the Sunplains in double-quick time and protect the Brazen City with its invaluable forges, but they also have to persuade the city triumvirate that a peaceful resolution to the conflict is paramount. And if that’s not challenging enough, the Sun Emperor is determined to have the renegade captain and his mercenaries put to death. But Jorath needs every one of the thirteen Paladins in its war against HIM, WHO FORCES. Even if one them is frustratingly stubborn.
The saga of the Thirteenth Paladin continues. Join him and his friends on their adventures in the Sunplains and enjoy meeting his old friends in Deepstone again.