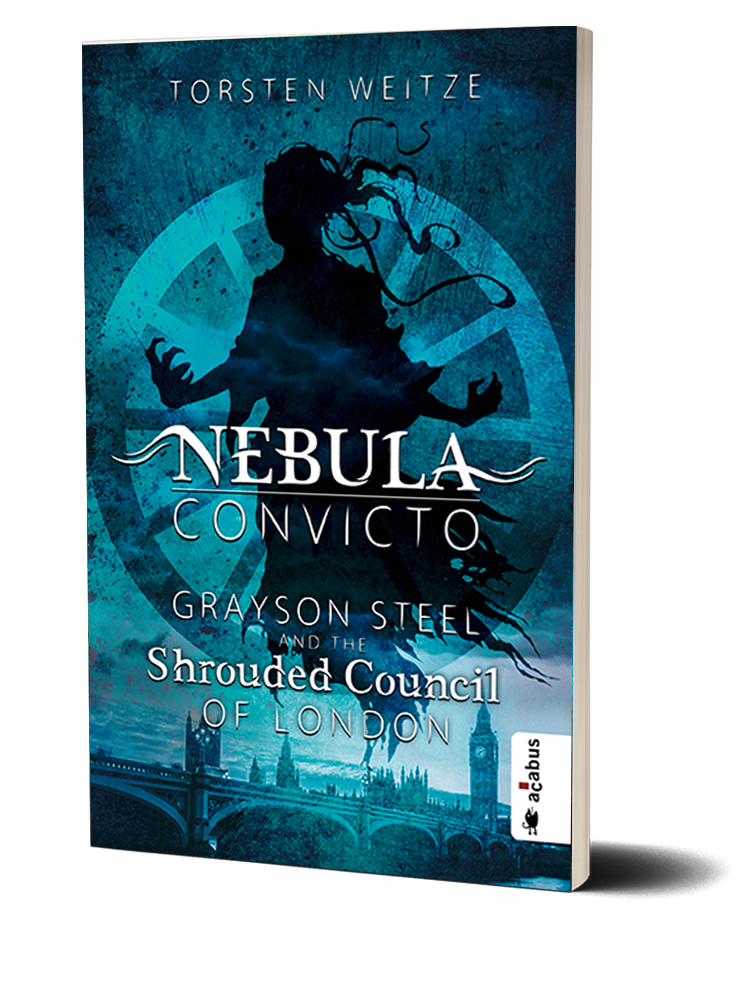 Nebula Convicto Volume I: "Grayson Steel and the Shrouded Council of London”


In modern London Detective Grayson Steel works on Scotland Yard’s most uncomfortable cases. As he investigates a young woman’s mysterious death, he discovers secrets that normal people are oblivious to.He is dragged into a hidden society that exists alongside the human world; the Nebula Convicto has to deal with secret councils, magical assaults and beings which usually only exist in fables and myths. In this magical community Steel is supposed to take on the role of a special investigator in order to find a kidnapped girl as fast as possible. If he doesn’t succeed before a new leader of the Nebula Convicto is elected, the whole world will descend into the Dark Ages for a second time.Only because of his abilities as an investigator as well as his newly discovered power to resist magic Steel is able to find his way through the London underground among ghouls, vampires and other magical creatures.